Manabadi BSE TS 10th Class SSC Time Table 2023 PDF: Directorate of Examinations, Telangana has Released Schedule of 10th Class Examinations in the State. As per Schedule Released by BSE TS, TS SSC Public Exams 2023 will be Organized from 03rd March to 28th March 2023. BSE Telangana has Released the TS 10th Public Exams Time Table on its official Website at bse.telangana.gov.in. This Year as many as 5.20 Lakh Students are going to appear for the TS SSC Exams. Officials say steps will be taken in the first week of March to select test centers accordingly.

Manabadi Telangana Board 10th/SSC Public Exams Time Table 2023 has been released and its available for Download. As per the Schedule TS 10th Exams starts on 23rd March 2023 and end on 28th March 2023. The SSC Pre final Exams expected to be held in March 2023.

Telangana State Board of Secondary Education is released TS SSC Timetable on its official Website i.e.,  bse.telangana.gov.in. Aspirants who are studying 10th Class in the State of Telangana Can now able to Download Time table. TS 10th Hall Tickets 2023 will be available before 15 Days from the date of Public Exams. This Year also students can expect the same scenario for the Exam Dates.
In 2018, over 533701 Students have appeared for the 10th Examinations out of which 507938 were Regular Students and 25763 Were Private Students. The Pass Percentage was 84.15 among Regular Students. Jagityal dist was on Top with 97.35% and Wanaparthi Dist stood last in the Results.

When the SSC Exams in Telangana be Conducted?

Who will Organize 10th Class Exams in Telangana?

Directorate of Govt. Examinations (Telangana) which was formerly BSE TS is the Organizing Board for 10th Exams

How many Subjects are there in TS SSC Public Exams?

There are 6 Subjects in Telangana 10th Class Exams

BSE TS has released the 10th Exams Time Table for the academic year 2021-22. Exams will be held from 23rd March to 28th March 2023. The Timings will be from 9.30 AM to 12.30 PM. All school Headmasters, DEOs will be informed about the Exam Dates. The download links will be available shortly from below. 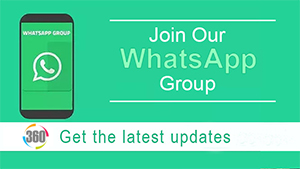